This Water Survey Tablet App (name redacted for client privacy) is designed to assist workers in the water industry in the sale, procurement, and management of water treatment systems. 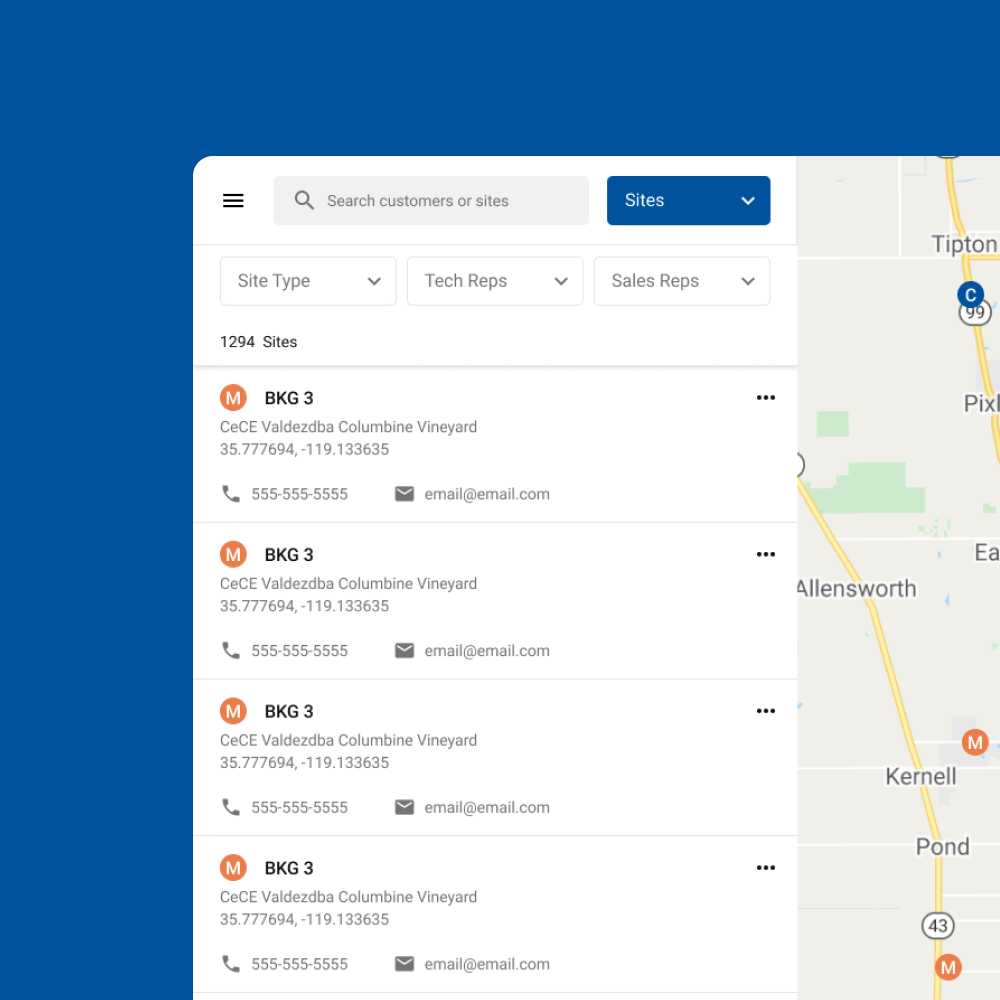 Survey workers for this app had an outdated mobile platform for their work. It was our task to modernized their workload as minimally as possible for an MVP launch.

Aside from simply being outdated visually and architecturally, some components were entirely broken or needed enhancements. Routes for technicians had altogether stopped working, and client data was hard to navigate and had no real sense of history for auditing purposes. Overall, the app needed some TLC and at the very least a modernized MVP to get them at a better starting point.'

On some projects with a limited budget, unfortunately one of the first things that get cut are user interviews. That was the case for this particular project, so we had to work with what we got.

Luckily what we did have was an existing (but ancient) application that had all the baseline features. We wanted to do feature parity, so it was improtant to study every nook and cranny of the existing application since there was virtually no documentation.

What we could squeeze out besides robust feature lists were a summary of the major user flows in the application. First, the current state:

Then, from there we could formulate the the most ideal flow that solves for client's original problems.

The main goal of the redesign, from my perspective, was that every action and activity was far too siloed. Even if they live in separate portals, data should be interconnected and accessible when relevant and necessary.

The map portal was redesigned to read map and list data much easier, rather than the large pull-up tab system they had before. From here, you can access most critical features of the app even without going into the navigation - adding stops to routes, viewing detail client information, and creating a survey form for a specific client.

Most importantly, we needed to get routing working and functional. There were a couple of major features that needed to be considered:

The examples above are portions of the final application, that was eventually deployed to the iOS store and is used on tablets for the client today! Follow up engagements are in the works to continue to expand upon the base features of this application, and make technician workflows even more seamless. I'm excited to hear the questions, feedback, and concerns of this MVP design since we weren't able to conduct user interviews beyond the small circle of stakeholders.